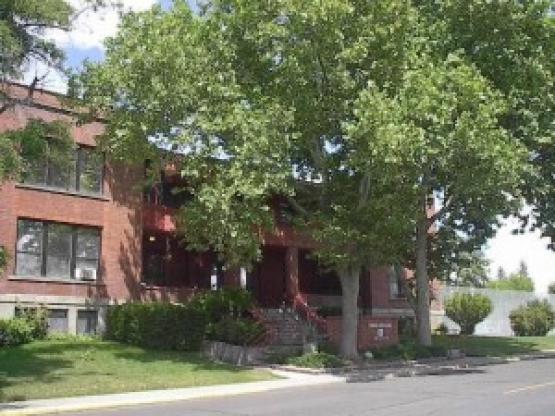 Pioneer Center East is a 53-bed, long-term residential substance abuse treatment facility for the chronically addicted. Most patients have been involuntarily committed, perhaps because they were unsuccessful in other treatment programs, and may pose a threat to themselves or others. Services include detoxification, anger management classes, relapse prevention, life skills, nutrition, fitness, meditation, and aftercare planning.

Pioneer Center East in Spokane, Wash., is a long-term residential treatment center for people struggling with chronic substance abuse disorders. The majority of clients are committed involuntarily because of concerns that they will cause harm to themselves or others, or because they were unsuccessful in other treatment programs. Sub-acute medical detoxification is available on-site.

According to the center’s website, self-paying clients may apply for admission directly. Involuntary commitments must be processed through court, but Native American tribes and drug courts can refer clients at any time.

Little information is available about this facility’s methods during treatment, but it seems Pioneer Center East provides therapy groups and anger management classes. Best-rehabs.com reviews from alumni indicated that treatment was not strongly based on the 12-steps.During process groups, topics of discussion include trauma, relapse prevention, self-esteem, living skills, grief and loss, and coping skills. Holistic programming consists of meditation, pain management, and relaxation exercises.

All visitors must attend a family orientation program and are subject to search or Breathalyzer testing.

Finally, each client receives a comprehensive plan for his or her return to the community.

There is currently no information provided on the facility’s website regarding its treatment staff, but two users polled by Best-rehabs.com gave three stars for the staff’s level of training and experience.

Of Pioneer Center East’s 53 beds, five are for detox and 48 are for residential treatment. Users polled by Best-rehabs.com gave on average four stars for the quality of the accommodations and 4.5 stars for cleanliness.

Of three alumni reviews submitted to Best-rehabs.com at the time of this writing, two were negative and one was positive. B.M.C. gave five-star ratings for treatment effectiveness, accommodations, and connectivity, but lower ratings for holistic and exercise options. “They are there to help you if you really the help,” they wrote.

S.C.M., on the other hand, wrote that the facility’s accommodations and meals “need improvement. And Eric, who noted that he “should have chosen a dual diagnosis facility,” wrote that his treatment was terminated, ultimately resulting in him receiving an extended jail sentence. “I literally gained nothing from this facility and relapsed multiple times thereafter,” he wrote.

And on HealthGrove, Michelle, the only person who left a review for the center at the time of this writing, gave the center five out of five stars.

“I just got out of pce about a month ago and I loved it,” she wrote. “The staff were kid, truly cared about you, and took their time with you.”[2]

To date, the one parent polled by Best-rehabs.com provided a negative review. Similar to alum Eric, the parent complained about a lack of dual diagnosis treatment. “They have no idea how to handle mental health issues that arise during treatment and wanted to have her sent to [a hospital] for the mentally ill,” they wrote, and gave just one out of five stars for family involvement.

According to The Fix, the center accepts Medicare, state financed insurance besides Medicaid, and military insurance.

Inpatient treatment facilities vary in many ways. Counselors and staff turn over. But a facilities approach towards treatment and conduct generally remain the same. I did 60 days with PCE in fall/winter 2009 and another 60 in spring/summer 2010. I found it to be lacking the fluff that I experienced at other facilities. I have also found that a large number of PCE grads who had been through multiple treatments, including myself, attribute a large portion of our continued sobriety to the realities we encountered and accepted while we were at PCE. For myself this included my attitude towards treatment, recovery, and ultimately owning my part. It was one morning about five weeks into my second round when I flipped the switch. So I got it, from PCE and straight to Oxford House! To describe the 8 yrs. to now would just sound like lip service and I really don't like "bad meetings". PCE, thanks for keeping it real! Thank you all, I do remember you, and many more! Peace

I think pce. staff needs to be taught some respect to their clients. they cuss at you like sailors and a couple staff members have nothing good to say about women. I came out of their more angry than when I arrived. I had to discharge early so I could keep my sanity. thank god I was not court ordered. I highly recommend If you are really serious about sobriety to do a little home work.

By court order, I was sent to Pioneer Center East Treatment Center. For a period, to be no more then 60 days.The only benefit was the 60 days of clean time. Which I personally took as a blessing. Regarding the treatment,accommodations,and meals, I,m sorry to say,need improvement.For the younger generation, I would not recomend Pioneer Center East for treatment.

Well you do have to be a repeat offender to be accepted to the program. I my self had to get a court order and a signature from a judge to put my self here. I also had to agree if I were to leave before my 60 day plan then they would put me in jail. Like I said u have to really want it. Also you can stay longer then 60 days if you feel u still need more treatment. They are there to help you if you really the help; however, some of the night staff were questionable.

My daughter was sent here on a court ordered treatment plan. ... They have no idea how to handle mental health issues that arise during treatment and wanted to have her sent to [a hospital] for the mentally ill.

After being convicted of a DUI I was sentenced to jail time, the judge agreed to suspend much of my sentence if I were to complete an inpatient treatment program. I hastily enrolled in Pioneer Center East which turned out to be the biggest mistake of my life. I suffer from a severe anxiety disorder which needless to say complicates any addiction, with that being said it took me several days to adapt to the environment and make all classes, this is where the trouble began. I should have chosen a dual diagnosis facility because Pioneer instantly classified my transitional period as "relapse behavior" and had me attend what they call "Relapse Behavior Group" (RBG). After about day 4 I started to adapt until a staff member found my iPod, it's ok to have iPods at this facility but mine had a screen which is a big no-no. With my iPod confiscated my stay was terminated and I was sent back to jail. They dropped me off at the greyhound station with no money, and no iPod. Yes, they stole my 200 dollar iPod and I never got it back. To complicate matters the fact that my bus did not leave until the following day (no food either) violated the furlough I was given to attend treatment in the first place. I was then charged with Escape 2 and subsequently found guilty because the report which Pioneer issued to the court stated that I demonstrated "insubordination." So not only did treatment earn me an Escape conviction but ended up turning a 3 week jail sentence in 364 days. I literally gained nothing from this facility and relapsed multiple times thereafter. I eventually voluntarily checked into a dual diagnosis facility and have been clean for nearly 18 months now. I strongly discourage anyone from attending Pioneer. I have maintained friendships with others who attended the same time which I did and they have all relapsed as well. You're better off admitting yourself to an animal shelter.